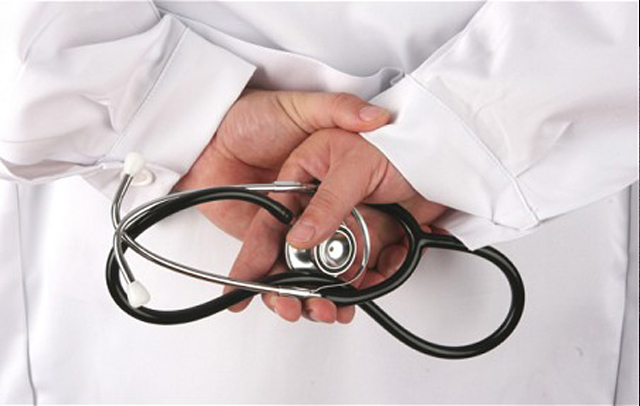 Many people also refer to HIV as the “AIDS virus.”

HIV lives in the blood and other body fluids that contain blood or white blood cells.

Infection with HIV occurs by the transfer of blood, semen, vaginal fluid, pre-ejaculate, or breast milk.

When the virus enters the body, HIV begins to disable the body’s immune system by using the body’s aggressive immune responses to the virus to infect, replicate and kill immune system cells. The gradual deterioration of the immune function leads to AIDS.

Acquired Immunodeficiency Syndrome (AIDS) is the final stage of HIV infection. The Centers for Disease Control establish the definition of AIDS, which occurs in HIV-infected persons with fewer than 200 CD4+T cells and/or persons with HIV who develop certain opportunistic infections.

The T4 cells are disabled and destroyed by HIV, often with no symptoms, causing a significant decrease in the blood levels of these cells.

In the advanced stages of HIV, the body may have fewer than 200 T4 cells, while a healthy adult’s count is 1,000 or more.

In this way, the body’s immune system is continuously weakened from the moment of infection and the inability of the immune system to fight infection opens the door to opportunistic infections.

Opportunistic infections are a result of the weakened immune system present in persons with HIV/AIDS.

An infection takes the “opportunity” provided by the weakened immune system to cause an illness that is usually controlled by a healthy immune system.

These infections are sometimes life-threatening and require medical intervention to prevent or treat serious illnesses.

Unsafe sex has a high risk of spreading HIV.

The greatest risk is when blood or sexual fluid touches the soft, moist areas (mucous membrane) inside the rectum, vagina, mouth, nose, or at the tip of the penis. These can be damaged easily, which gives HIV a way to get into the body.

Vaginal or rectal intercourse without protection is very unsafe. Sexual fluids enter the body, and wherever a man’s penis is inserted, it can cause small tears that make HIV infection more likely.

The receptive partner is more likely to be infected, although HIV might be able to enter the penis, especially if it has contact with HIV-infected blood or vaginal fluids for a long time or if it has any open sores.

Most sexual activity carries some risk of spreading HIV. To reduce the risk, you should make it more difficult for blood or sexual fluid to get into your body.

Be aware of your body and your partner’s.
Cuts, sores, or bleeding gums increase the risk of spreading HIV.
Rough physical activity also increases the risk.
Even small injuries give HIV a way to get into the body.

Use a barrier to prevent contact with your partner’s blood or sexual fluid.

Remember that the body’s natural barrier is the skin.
If you don’t have any cuts or sores, your skin will protect you against infection. However, in rare cases HIV can get into the body through healthy mucous membranes. The risk of infection is much higher if the membranes are damaged.

The most common artificial barrier is a CONDOM for men.

A condom is a tube made of thin, flexible material. It is closed at one end. Condoms have been used for a long time to prevent pregnancy by keeping a man’s semen out of a woman’s vagina.

Condoms also help prevent diseases that are spread by semen or by contact with infected sores in the genital area, including HIV.

A new type of condom was designed to fit into a woman’s vagina.

MYTH: Condoms break a lot.
FACT: Less than 2% of condoms break when they are used correctly.

The risk of infection from oral sex is believed to be low.

However oral sex has some risk of transmitting HIV, especially if sexual fluids get in the mouth and if there are bleeding gums or sores in the mouth.

People who have had unprotected sex accidentally – due to condom breakage or failure – or due to oversight or sheer carelessness, and wish to correct their mistake may have some solution to the problem in the form of postexposure prophylaxis (PEP)

The use of PEP, using antiretroviral medications appears to reduce the risk of HIV infection in health care workers following occupational exposure to HIV (eg, needlesticks or other contact with infected blood).

No study has yet quantified efficacy of PEP following sexual exposure to HIV, but nonrandomized studies suggest that PEP may be effective in reducing the risk of HIV infection.
PEP is now recommended for sexual exposures, including sexual assault.
Treatment must be initiated within 72 hours of exposure, and should be followed for 28 days under the supervision of a physician.

The use of anti-retroviral medication administered prior to sexual exposure (pre-exposure prophylaxis, PREP) to reduce the risk of HIV infection is under study in high-risk populations.

Using alcohol or drugs before or during sex greatly increases the chances that you will not follow safer sex guidelines.
Be very careful if you have used any alcohol or drugs.

Some people who are HIV-infected don’t see the need to follow safer sex guidelines when they are sexual with other infected people. However, it still makes sense to “play safe”.

If you don’t “play safe”, you could be exposed to other sexually transmitted infectionssuch as herpes or syphilis. If you already have HIV, these diseases can be more serious.

Also, you might get “re-infected” with a different strain of HIV. This new version of HIV might not be controlled by the medications you are taking. It might also be resistant to other antiretroviral drugs.

There is no way of knowing how risky it is for two HIV-positive people to have unsafe sex. Following the guidelines for safer sex will reduce the risk.

The only way to determine HIV infection is to be tested. There a period between the person gets infected and the symptoms start showing up. This is the latent period. The latent periods vary from person to person. It is common during the first two to four weeks of infection that people experience flu-like symptoms and enlarged lymph nodes. This is because the virus migrates to various organs in the body, particularly the lymphoid organs. During this stage people are highly infectious and HIV is present in large quantities in genital secretions.

According to the Centers for Disease Control and Prevention, USA, the following are symptoms that may be warning signs of HIV infections:

Remember that the only way to determine HIV infection is to be tested for the virus. No one should assume they are HIV positive or negative based on the presence or absence of any of the above symptoms. Each symptom can be related to other illnesses; similarly, other symptoms or the absence of symptoms cannot assure that someone is HIV negative. To be certain, get tested.

You cannot get HIV or AIDS from normal daily contact with an infected person.

You will not catch it from drinking fountains, cups, glasses, plates, dry cheek kissing, shaking hand or normal interaction in the workplace or school setting. HIV is not an airborne virus.