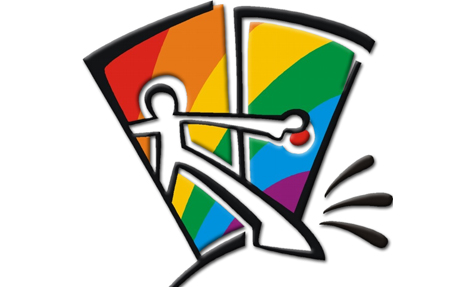 Gosh! I wanted to tell this to my mom so badly. My god! today these words come out so easily and a few years back it seemed so impossible. I have visualized telling this to my mom and her reactions – over hundred times in my mind. And I really underestimated her. Because I had solid reasons for that.

My mom is a very conventional middle class Gujarati women. Who hardly speaks a few words in English and understands little bit. She has just passed SSC. She has never read a magazine or a newspaper as far as I know. But she loves to watch TV. She has a few friends and a very limited exposure to the outside world. Family is everything to her. And that’s not all. Everyday is a challenge for her. She is schizophrenic and has glaucoma. Which means her I Q is less than average and can only see with one eye – only 20%.

I came out 5 yrs back to my brother, Uncle, Aunt, two cousins. And my dad (indirectly – my aunt and uncle spilled the beans). They took me to a shrink who advised that nothing could be done if I willingly don’t want to change. So my close family (except my mom and grandpa) no longer asked me to get married. Well occasionally they would get jhatkas (u try with a girl, after marriage everything will be okay, look at your mom and for her get married, blah, blah.). But that was out of love and concern and it didn’t bother me.

What bothered me really was the fact that my mom wasn’t aware of my sexuality. Others knew but my own mom was ignorant. It really hurt me -because her ultimate dream is marrying me to a girl. Day and night she talked about my marriage. I guess she never sang a lullaby it was always a wedding lore. So occasionally I would pretend to read the newspaper and give her the news: two guys got married in New York. Two girls are in love in Delhi etc. And she would laugh it out. (I was preparing her for the ultimate shock)

My biggest fear was that my mom will get a big shock and go into depression – if I came out to her. . And God forbid, if something happens to her I would be responsible. My family would grill me down. I was advised not to come out to my mom – considering her physical and mental condition. It was a battle between fact and dream. The facts hit me in the face: mom is schizophrenic, has glaucoma, will never understand me. She may get a mental attack or shock. She may cry for years and blame herself. She may also go into a major depression, which could be serious. HOWEVER I also have a burning desire and a beautiful dream. Dream to get married to a guy. A grand wedding where my mom can fulfil all her dreams and wishes she expects from my straight wedding. She could dance, jump and sing her entire quota of wedding lore. There will be the usual hangama of a guju wedding. EVERYTHING WILL AS PER HER DESIRE, ONLY DIFFERENCE: THERE WOULD BE TWO GROOMS INSTEAD.

So I had a choice to decide between fact and dream. I had an option to never come out to my mom and kill my dreams or to come out to her and face the consequences. I decided to go for the latter. And I am so glad I did that.

One evening, knowing that relatives at dinner will raise my marriage issue, I don’t know why but I told her those dreaded words: Mummy mani chokriyo nathi gumti. I don’t like girls.

Initially she thought I was joking and later she said it’s all hogwash. Something like that is not possible. I said I was dead serious. She refused to discuss the topic with me. She advised I should meet her shrink. I readily agreed. In the next fortnight she told me twice to visit the shrink. Third time when she insisted I understood that my mom was serious about the visit. My friends advised I should check with the shrink weather he is pro or anti gay. For me the most important matter was that my mom trusts him and is very comfortable with him. So I did not care weather he’s pro or anti. It was a big risk but I was prepared for it. Driving to the clinic I was very nervous: What if the shrink happens to be a quack and recommends therapy. What if he claims he could “cure” me?

My mom would innocently believe him and make my life a hell – hoping that I could be changed with the shrink’s “treatment”.

The first thing the shrink asked me was why I came out to my mom. And I replied I wanted to get married to a guy (God only knows where the guy is going to come from) and I wanted my mom to be present. The shrink turned out to be really professional (thank god). He explained that there are guys and girls like me who are attracted to the same sex and not to the opposite sex. It’s completely natural and nobody’s fault. Further, he added that when he was pursuing medicine he came across many peers like me. He explained I wouldn’t be able to sexually perform with the opposite sex and if got married would end up in a divorce. He explained that we don’t have any right to spoil a girl’s life. IF married I would be unhappy and therefore everybody else. So the best thing is to leave me alone. If she forced me than I would end up torturing myself. So she was to please leave Umang alone.

Further he explained to her that at least I came out to her and that proved I was a responsible son. Besides my sexual preference, everything else was fine – I didn’t have any vices. There were cases where a girl felt she was trapped in a man’s body and vice-versa. They wanted to have a sex change and were physically assaulting themselves. Fortunately I didn’t feel that way. He actually said the words: ACCEPT HIM.

MY mom only had three questions after his explanation:

Q1) How can we change him?
Doc: Only god can change him

Q2) When I am no more who will take care of him?
Doc: His to-be male spouse

Q3) If he gets married and brings home a guy what will people think?
Doc: Don’t worry he will live separately

After that there were no questions or queries. A long discussion on what will people would think followed. The Dr told her the popular parable of the donkey, old man and boy. Doctor and MOM discussed spirituality, karma and Bhagwat Gita.

Back home there were no tantrums. No sadhu or family doctor. No emotional blackmail. However on the same day when I was dancing at Mikanos she was crying buckets. She told me about it later on the way to temple when I asked if she would now ever ask me to get married. She said no and also won’t bother about what people say.
The other day I mustered the courage to tell her to find a guy for me – she laughed. Next I asked her to check if the brother of the girl whose proposal has come wants to marry me. She smiled again.

Today I feel so relived. I don’t have to lie. I can be myself with her. Yesterday I told her I am going to watch a gay movie and meet people like me. When I reached home the first thing she asked me how was the movie. I thought I was hearing things so I kept quiet. After some time she again inquired about the movie and I was so thrilled. In her own way she said it all; I have accepted you. I really underestimated my mom. I have met a few moms of homosexuals and had this notion that only modern, well read, well-educated women would accept their children. MY mom broke my notion.

Today I look back and believe that whatever has happened because I focused on my dreams rather than the facts. At GB meets I joked about my mom finding a guy for me. I ignored the facts and spoke about the dreams: IF YOU HAVE A DREAM THE FACTS DON’T COUNT.

I know my coming out story is not unique but for me it’s a dream come true. Today for me my mom is a hero. She has changed my world and now it is time to give her the world. Once I had told her that except a daughter-in-law I will give you everything. Now it’s the time to fulfil that promise. Because She is a mom who killed her dreams to keep mine alive.